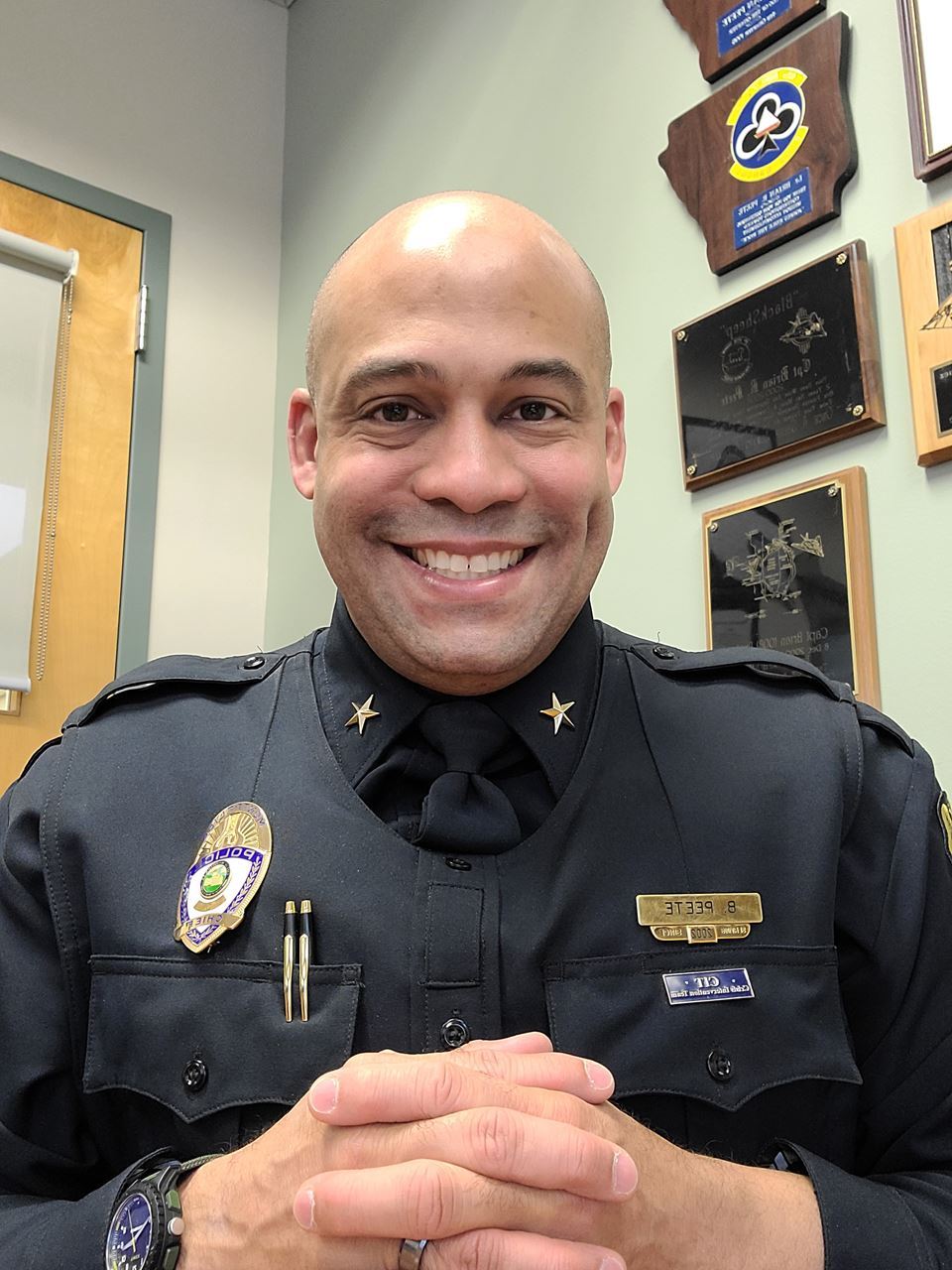 Brian R. Peete began serving the Manhattan and Riley County community on December 30, 2022, as the Director of the Riley County Police Department (RCPD) in Manhattan Kansas. RCPD is a CALEA accredited agency which serves 74,000 residents with a staff of 110 Police officers, 51 Corrections Officers, 24 Dispatchers, and 38 Professional staff members. Prior to his time at RCPD, Director Peete served as the Chief of Police in Montpelier, the Capitol of Vermont. Prior to his role in Montpelier, he was the Chief for the Alamogordo Police Department in New Mexico.

Director Peete also served in the City of Chicago’s Inspector General’s Office as the Chief Forensic Audit Investigator for Public Safety (Police Accountability) and as a Chief Investigator before his service as a Chief of Police. He was also a Patrolman, Field Training Officer, and Fusion Center Analyst for the Chicago Police Department. Director Peete has also served in federal law enforcement in the Air Force Office of Special Investigations as the Assistant Special Agent-In-Charge (Operations Officer), Detachment 206 Las Vegas, NV, where he deployed to Afghanistan in support of Operation Enduring Freedom and coordinated U.S. and Afghan forces in over 150 counterespionage, counterterrorism/counterintelligence, and force protection missions. He also was the Regional Manager for Operations Enhancement, 2nd Field Investigations Region at Langley Air Force Base responsible for the investigations and operations for over 400 Special Agents in 31 AFOSI offices worldwide to include Iraq and Afghanistan.

Prior to a career in law enforcement, Director Peete was an Air Force aircraft maintenance officer who commanded three separate Maintenance Flights. Director Peete has an M.A. in Police Psychology, a B.S. in Sociology with an emphasis on Employment Relations and has collectively managed over 1000 people, 14 facilities, and over $1B of assets and operating budgets throughout his career. He is married to his wife Natalie, and they have one daughter Gabriella.